Get The Answers You’re Looking For

Have any questions regarding your eye care journey? Check out our FAQ below covering practically everything our practice has to offer!

If you have any further questions, don’t hesitate to give our team a call today!

I see fine, why do I need to see an Eye Doctor?

Regular eye exams are the only way to catch “silent” diseases like diabetes, glaucoma, and other conditions in their early stages when they’re more easily managed or treated. Many conditions can be discovered in a carefully planned eye exam. Those who consider mass-produced, over the counter reading glasses are truly doing themselves a disservice, both financially and medically.

One-size-fits-all reading glasses not only do not work well for most people who have a different prescription in each eye, and/or astigmatism, or whose lens and frame parameters are not measured correctly, they bypass the opportunity to have their eyes checked for early detection of many manageable diseases or conditions. For those insisting on selecting glasses not measured specifically for their eyes, headaches and eye fatigue are common symptoms.

How do I know if I need bifocals?

The most common use of bifocals is for the treatment of presbyopia in individuals aged 40 and over. Whether or not a person has needed vision correction when younger, by the early to mid-forties, the ability to accommodate or focus the eyes has diminished.

Bifocals allow the wearer to see clearly both at distance and near despite the reduced focusing ability. Bifocals may also be used to help align the eyes if a person tends to over-cross his or her eyes at near. If you are over 40 or have any difficulty performing tasks at near, ask us whether bifocals or progressive lenses could be right for you.

How often should I get a new pair of glasses?

This is a personal concern that can address many issues. You should change your eyeglasses when you feel that your existing eyeglasses no longer are supporting your needs, lifestyle, or taste.

In any case, a visit to your doctor should not only be considered when you feel it is time for new glasses. You should visit your eye doctor at least once every year unless otherwise instructed by your eye care provider.

Why are my lenses so thick?

Your prescription, your measurements, and the size of your frame are the three key factors that will determine the final lens thickness.

If you are farsighted, your lenses will be thicker at their center; in contrast, if you are nearsighted, your lenses will be thicker at their edges. New innovative technology in lens designs, and materials, have allowed us to reduce overall lens thickness by as much as 60% in many cases. Our staff will guide you toward the best possible results in helping you choose the best frame-lens combination for your ocular and fashion needs.

Can the thick lenses be made thinner?

Absolutely! Newer, thinner lens materials are being developed all the time. We pride ourselves in constantly being up-to-date with the latest developments and materials in the optical community. This, along with the proper grinding and appropriate frame selection, could make your new fashion eyeglasses distinctly thinner. Ask one of our doctors or staff about the newest innovations in lenses today.

Can I use no-line bifocals with fashionably smaller frames?

Yes. Progressive lenses will allow you to use smaller frames while maintaining terrific vision at all distances. The visual channel that progresses from distance vision to near vision is wider, and more accurate for that ‘Tween’ vision necessary for clarity in the area too far for close, and too close for far.

It is a wonderful lens for desktop and computer use as well. Please note, that in a few of the especially small frames, not all frames can be a successful candidate for a progressive lens. With this in mind, our opticians will help you with a proper fit.

What are all those numbers for my prescription?

An eyeglass prescription is written in a standardized format so it can be understood globally. The right eye is generally referred to as “OD” or “R,” while the left eye is generally referred to as “OS” or “L.” The right eye is almost always on top in a written prescription with the left directly below. Ignoring for sample sake, the right or left eye, let’s look at an example below:

The plus and minus signs on the second number, generally indicate what professional examined your eyes. An optometrist usually refracts in what’s referred to as “Minus Cylinder, while an ophthalmologist refracts in “Plus Cylinder”. For example, an optometrist’s script would be -2.00 -1.00 x 90, while the same prescription written by an ophthalmologists would be; -3.00 +1.00 x 180. Please note that the second number has a plus sign, and the last number (180, the Axis) has been transposed 90 degrees.

The final number (180, the Axis line) is the direction of astigmatism. Astigmatism can be measured in any direction around the clock. We use the numbers from 001 to 180 to indicate the orientation of the correction needed.

Depending on your need, there may be additional numbers in an eyeglasses prescription as well. If your prescription has a set of numbers, or a single number with a symbol such as a triangle, or the letters ” BI, BO, BU, or BD that would indicate a prism correction. BI = Base In, BO = Base Out, BU = Base Up, and BD = Base Down. It is not uncommon to have different base directions for either eye.

Also, you will see “ADD” numbers for those requiring bifocals or reading glasses. The ADD number is exactly what it indicates…; an ADD, or an additional script to an otherwise already existing prescription. For example, your prescription is -2.00 for the first number. (In this example there is no astigmatism). For the “ADD ” number, you have a +3.00. This would indicate that by ‘Adding” the +3.00 to the -2.00, your reading prescription would be +1.00 (adding a greater positive number to a lesser negative number results in a positive answer).

With the newest contact lens designs and materials available today, our doctors are able to fit patients who may not have had success wearing contact lenses in the past. Whether due to poor vision, astigmatism, comfort issues, or dry eyes, there are many more choices in contact lens materials to meet those challenges.

There are two main reasons why you should not swim or shower with your contact lenses – possible loss of the lenses and, most importantly, contamination of the lenses.

Underwater, contact lenses may be washed out of your eye, or above water, a small wave or splash may take the lens with it. Contact lenses, especially the soft variety, will absorb any chemicals or germs in the water. They will then stay in or on the lens for several hours, irritating the eyes and possibly causing infection.

The deciding factor for whether a child should wear contact lenses should be that child’s maturity level. Children of all ages can tolerate contact lenses well, but they must be responsible for the care of the lenses. Parents should make that judgment based on the child’s personal hygiene habits and their ability to perform household chores.

Why shouldn’t I wear my two-week disposable lenses longer?

In order to maintain optimal eye health and comfort, it is important to adhere to the wearing schedule prescribed by your doctor.

What if I don’t wear my two-week disposable contacts every day?

The two-weeks time frame refers to 14 days of wear. If you are wearing lenses only two to three days per week, the lenses may last longer than two weeks

My child is struggling in school, but his last eye doctor said his eyes are fine. Was something missed?

Unfortunately, all examinations are not created equal. Most exams include eye clarity, eye health, and gross eye alignment. Other tests that are equally important will look at fine eye alignment, depth perception, color vision, eye tracking, and focusing.

These additional tests can help determine if vision is a component in a child’s learning struggles. If these tests are not performed, visual problems can be overlooked, leading to frustration for the child and the teacher.

My child can see airplanes and street signs that I can’t see. Does he still need an examination?

Yes! This shows that the child can see well at a distance out of at least one eye. The other eye may be very blurred, and the child will not complain because they are unaware. Children can have double or blurred vision with reading and not complain because it has always been that way. They believe that everyone sees the way they do and that their vision is normal, even when it is not. 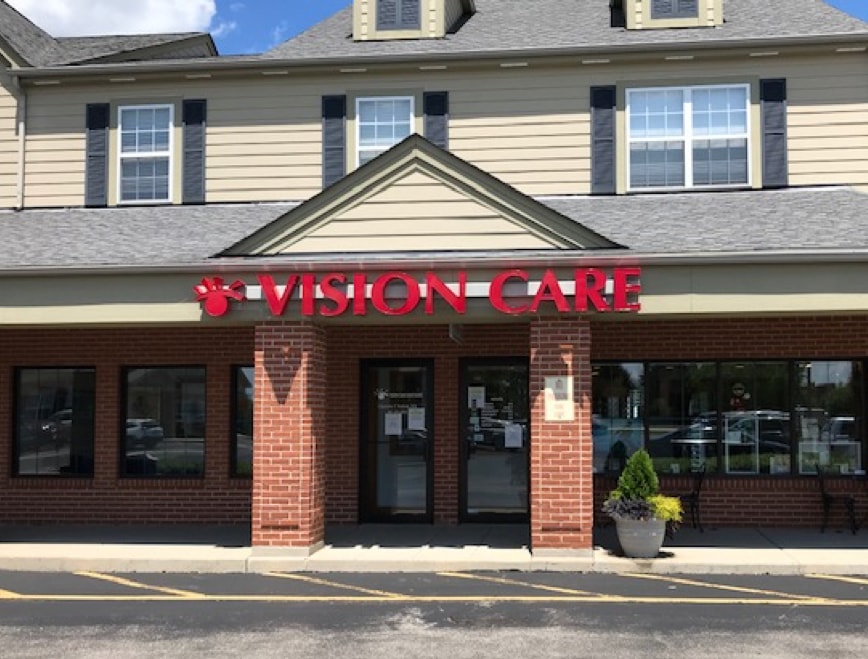 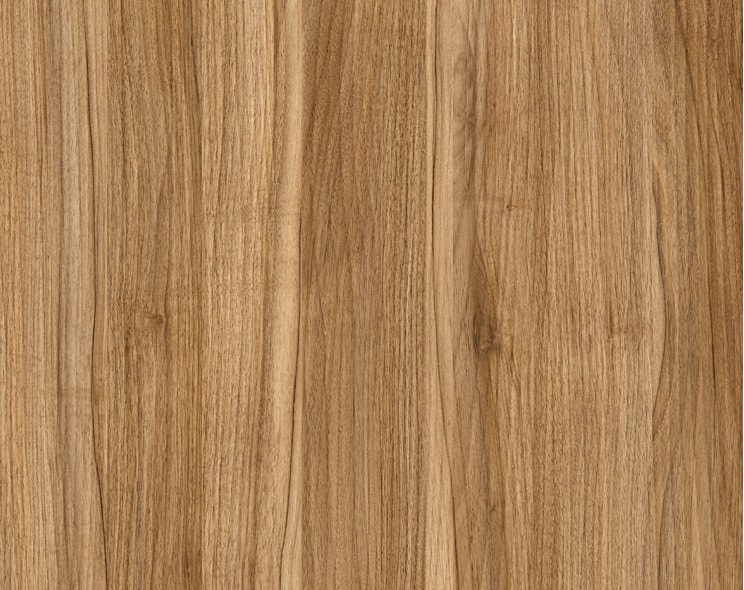 View All Our Brands

Very happy with Vision Care Associates, their professionalism is a breath of fresh air. Highly recommend!

I have used Dr. Nielsen for my eye care ever since she took over Dr. Lyons practice when he retired. Our entire family has been patients of hers for many years and will continue. She always gives a thorough exam and I love the friendliness of her staff. I would highly recommend her and her practice to anyone in the Lake County area.

Great first experience with Dr. Nielsen and Staff. Very professional and amazed at how having an eye exam has changed and 1 hour for the most comprehensive exam I’ve ever had. I was waiting for my pupils to be dilated and at the end of the exam she said it’s no longer necessary. Last year and for the previous 37 years my previous doc’s exam would have taken 2-3 hours and at the end I would have had blurry vision from having my pupils dilated.
Kudo’s to Dr. Nielsen and I will recommend her.